Jazz Night at the Museum 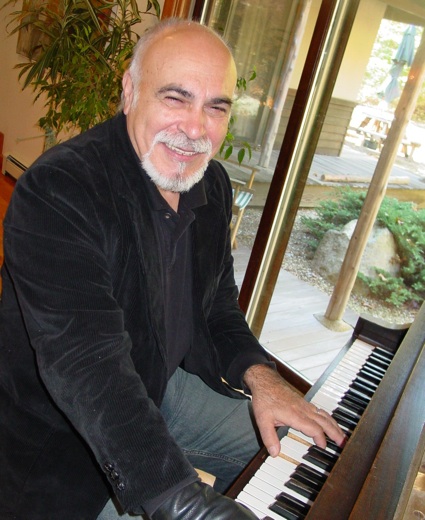 Join us in the Bodman Courtyard at MVM, and listen to jazz music from John Alaimo, Jeremy Berlin, Tauras Biskis, and Eric Johnson.

After studying piano privately at a very young age, John began playing professionally while still in his early teens. He attended Boston University, Berklee College of Music and the Boston Conservatory of Music where he studied composition, arranging and education. After working as producer, composer and arranger at Boston-based World Star Productions he moved to Los Angeles where he continued his music career working as a composer, arranger and teacher. Currently residing on Martha’s Vineyard, Alaimo is an integral part of the music scene where he has performed for President Clinton and numerous celebrities.

Pianist Jeremy Berlin has been playing solo, in duets, and in bands much of his life including joining Eric Johnson for jazz nights at Offshore Ale on Tuesday nights for the past sixteen years and playing piano for Johnny Hoy and the Bluefish since 1993. He’s not afraid of anything, and he plays it all. Jeremy’s connection with the Island started before he was born and he’s been there on and off ever since.

Tauras Biskis is an upright bass player and drum player who joins other Island musicians at venues across the Vineyard to play blues, folk, bluegrass, and jazz.

Eric Johnson is the managing director of the Ceremony Music Source. He holds a Masters Degree in classical guitar performance from the New England Conservatory. He is also an accomplished jazz guitarist and acoustic bassist. Before moving to Martha’s Vineyard in 1997, he lived and performed in Boston and New York City.

*** Please note, this event is sold out. We look forward to seeing you at a future performance.