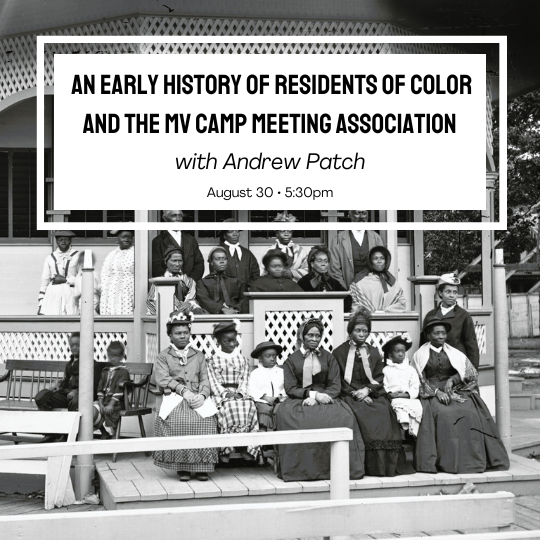 Join Andrew Patch, president of the Martha’s Vineyard Camp Meeting Association, as he presents his ongoing research into the early African American and Wampanoag residents of the Campground, including their eventual segregation to marginal regions of the grounds and subsequent outright exclusion from owning or renting cottages on the Association grounds.

Mr. Patch’s research has yielded the unexpected rediscovery of perhaps the first seasonal community of color on Martha’s Vineyard, and his presentation will include an introduction of some members of that community who have been identified in the MVCMA’s lease records, the federal census records, and other primary sources.